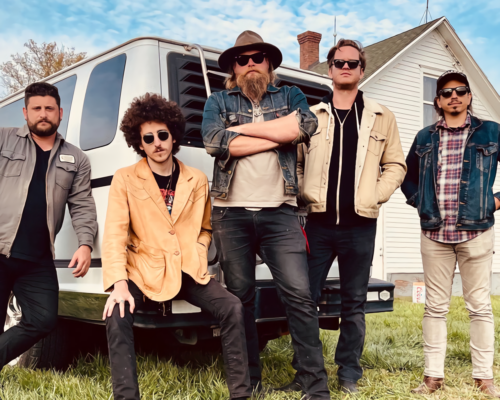 Robert Jon and The Wreck are comprised of Robert Jon Burrison (lead vocals, guitar), Andrew Espantman (drums, b. vocals), Steve Maggiora (keyboards, b. vocals), Henry James (lead guitar, b. vocals), and Warren Murrel (bass, b. vocals).They have been writing songs and releasing albums since the band?s conception in 2011. During this time, this quintet of follicular proficient gentlemen has been busy fine-tuning their sound playing to packed houses across Europe and the United States. RJTW has received accolades and rave reviews for years now, from nominations of ?Best Rock? and ?Best Blues? and winning the title of ?Best Live Band? at the Orange County Music Awards in 2013, to numerous top ten chart placement on Southern Rock Brazil?s top twenty albums to being praised as ?Classic and fresh at the same time,? by Rock The Best Music, ?Raising the bar for the Southern genre? by Blues Rock Review, and ?keeping the history of classic 60?s and 70?s rock alive for newer generations? by blues guitar legend Joe Bonamassa.Robert Jon and The Wreck have supported the likes of Joe Bonamassa, Buddy Guy, Eric Gales, Living Colour, Chris Robinson Brotherhood, Walter Trout, Rival Sons, Robert Randolph and The Family Band, Lukas Nelson and Promise of the Real, The Cadillac Three, Black Stone Cherry, Devon Allman Band, Billy Sheehan, Sturgill Simpson, and many more.With bands like Robert Jon and The Wreck on the music scene, the Southern rock resurgence is shining brighter than ever. This blues and country-infused rock ?n? roll quintet have consistently delivered soaring solos, boogieing grooves, and arguably perfect tunes since debuting with 2011?s Fire Started. RJTW?s latest LP, Shine A Light On Me Brother, provides yet another heaping helping of stellar Southern Blues Rock.

Robert Jon and The Wreck Tickets

Robert Jon and The Wreck ON TOUR

Whitney - Queen Of The Night