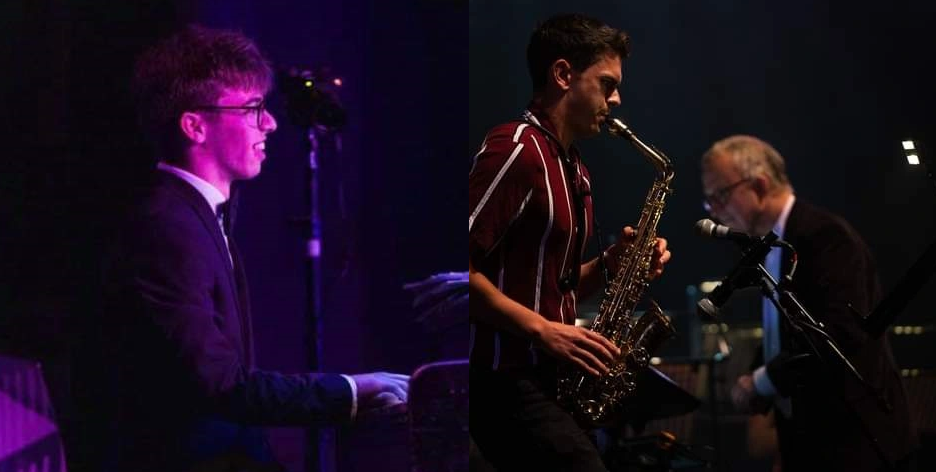 6pm Callum Feeney ? 8pm Sam Lightwing & Max Rosen ? 11pm Andrew J Boyer Max Rosen is an upcoming young pianist, currently studying music at the University of Manchester. He is heavily involved in the Manchester jazz scene, performing frequently at venues such as The Thirsty Scholar, Haus Fallowfield, Matt and Phred?s and every month at the Boar?s Head in Middleton. He has worked with names including Ed Kainyek, Grant Russell, John Sandham and Linda Jennings as well as playing keys for Indie-pop band Inego, who have most recently headlined The Deaf Institute in Manchester. Max also plays in London regularly for the National Youth Jazz Orchestra under Mark Armstrong and has been part of the NYJO academy for the last 3 years. Sam Lightwing is an upcoming jazz musician based in Manchester. He recently graduated from the RNCM with a 1st class degree in saxophone, and plays regularly around town at venues such as The Thirsty Scholar, Fuel-Cafe Bar and the Yard. He recently joined The Manger's Big Band in Bolton on first tenor, a band who have won the northern Big Band festival every year for the past 5 years. He played in every big band concert at college for the last two years, with artists such as Nikki Iles and Josephine Davies, and recently composed an EP of completely original music which was recorded live at the Yard in Manchester with his jazz quartet.Instagram @maxrosenbops @Slaxophone99 Callum Feeney, from Derry in Ireland, is a piano-vocalist/ singer-songwriter who has supported artists such as The Hothouse Flowers, The Four Of Us and Tiffany, performing genres such as Rock and Roll, Blues, Indie, Folk and Pop.When executing classic covers Callum likes to add his own touches, rhythms and arrangements, drawing inspiration from artists like the Beatles, Madison Cunningham and Ray Charles.Callum performs a repertoire that includes classic covers, originals and lesser-known material that may allow for discovery of new artists.Instagram @callumfeeney__ Andrew J Boyer was born and raised in Dallas, Texas, and started performing at bars, clubs and festivals as early as 14 years old. His gravely low voice and bluesy piano chops landed him contracts to perform on top cruise lines such as NCL, Marella, and Royal Caribbean. Now, he's settled in Greater Manchester, performing for British audiences with an eclectic mix of timeless classics and foot-stomping, raw Americana.Instagram @andrewjboyermusic Doors 5pm ? Live music 6pm ? 1am?5 (5pm ? 7pm) ? ?8 (7pm ? 12am)Programme is subject to change; door charge provides admission to the venue and does not guarantee a particular act.