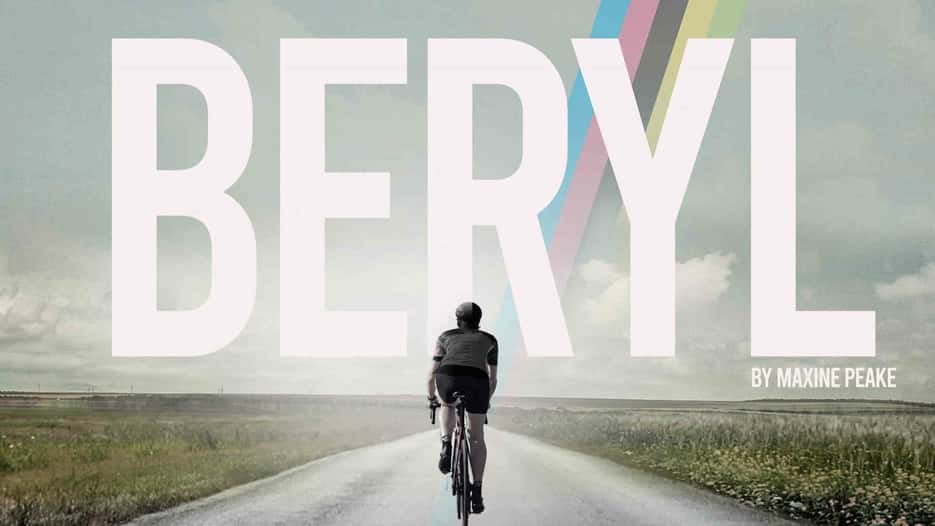 Despite being one of the most successful British sportswomen of all time, the name of Beryl Burton will be unknown to most people, but her story is one which is worth telling.

Maxine Peake picked up the challenge, in 2012, by writing a radio play about Beryl’s life and this has now transferred to stage. The Oldham Coliseum has certainly come up trumps with this brilliant production of her fascinating story, told in a heart-warming blend of comedy and emotional pathos.

The excellent cast of four actors keep the audience enthralled from the first scene to the final curtain, as they romp through the life of this unsung Yorkshire woman who took up cycling as a casual hobby and went on to be one of the great cycling champions of all time.

Each of the actors anchors a central character but also portrays a myriad of minor characters. The consummate way in which they switch between roles is a joy to behold. One minute an interfering mother-in-law, the next minute a German bellboy with a dodgy German accent, followed swiftly by a long distance cyclist. You get the idea. It’s all delivered in an hilarious way which keeps the audience laughing from start to finish.

The quartet of Elizabeth Twells (Beryl), James Lewis (hubby Charlie), Tori Burgess (daughter Denise) and Charlie Ryan are a superb team, interacting seamlessly with each other. Despite having to undertake some serious bouts of cycling and spinning, they obviously enjoy themselves tremendously and no doubt they’ll all be in peak fitness by the end of the play’s run.

A big shout out to the Director, Chris Lawson and his team for coming up with a clever, highly imaginative set, with the help of the brilliant charity, Streetbikes.

So, our strong recommendation is to get on yer bikes down to the Coliseum before this heartwarming show closes on 21st May. You won’t regret it!

Jersey Boys wowed the West End for 9 years and is now touring the UK for the second time, with a three weeks stint at the Palace. We were lucky enough to see it in Manchester back in 2014 and couldn’t wait for its’ return. We weren’t disappointed - if anything it’s even better this time around.

Brilliantly produced, with imaginative sets and superb choreography, the production showcases the Four Season’s incredible catalogue of songs, but this is much more than a musical tribute session. It’s an intricate biography of all four original members of the band. Frankie Valli is, of course, the central character but each of the quartet takes a turn at narrating his own story. They take the audience through a roller coaster ride from the challenges of growing up in New Jersey, to dealing with huge success and the many twists and turns along the way. An absorbing story, which keeps the audience involved from start to finish.
The whole cast is excellent with stand out, all round, performances from the four band members - Michael Watson as frontman Frankie, Simon Bailey as wide boy Tommy, Declan Egan as songwriter Bob and Lewis Griffiths as the endearing bass player, Nick.

From a musical perspective, the show builds up steadily from the band’s formative years when they’re searching for direction, with serious lift off coming with the first of their massive hits, Sherry Baby. Then it’s a cavalcade of wonderful songs such as Big Girls Don’t Cry, Walk Like a Man, Let’s Hang On and Stay.

By the end of the show, the atmosphere in the theatre is electric and the whole cast and production team fully deserves the inevitable standing ovation.