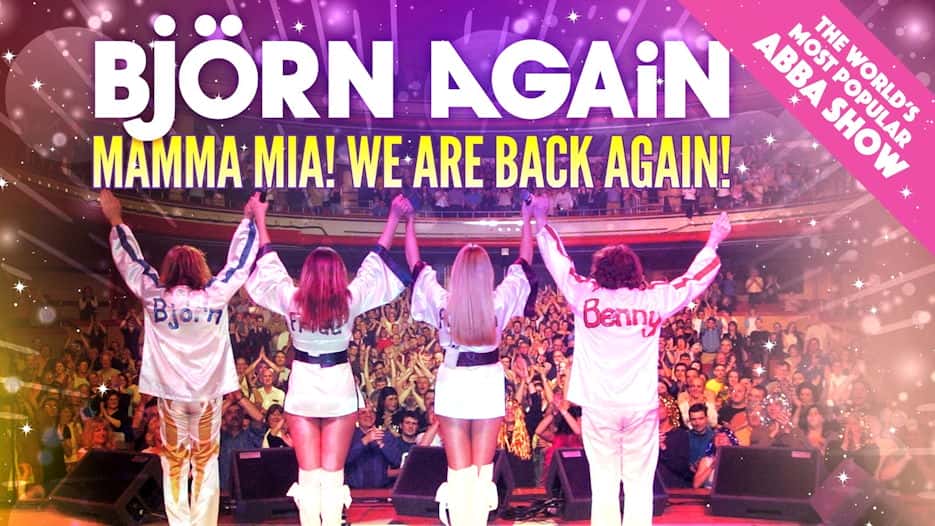 Established in Melbourne, Australia, in 1988 and endorsed by ABBA, Bjorn Again are the world's leading ABBA tribute-parody show and have now toured over 120 countries worldwide, performing concerts at Wembley, The Sydney Opera House and The Royal Albert Hall, plus festivals like Glastonbury, Reading and Roskilde.

They bring ABBA’s timeless hits back to the stage in a sing-along, dance-along extravaganza which has seen their critically acclaimed shows attended by Tom Jones, Dave Grohl, Paul Kelly, Metallica, Robert Plant, Bill Gates and Nirvana just to name a few, earning the description by Time Out New York as "one of the most entertaining rock shows in the world today."

Expect to hear all the biggest ABBA hits from Waterloo, Gimme! Gimme! Gimme! and Fernando to Take a Chance, Mamma Mia, Dancing Queen, and more with all the glitzy 70s costumes, Swenglish banter and hilarious stage antics. 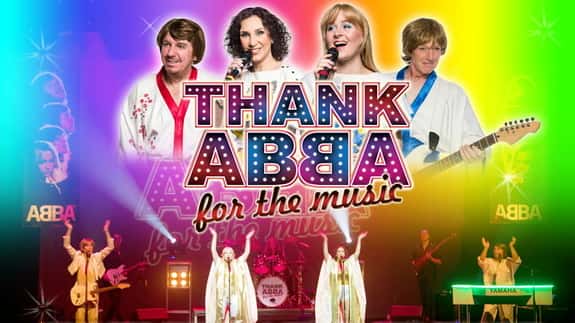 Thank ABBA For The Music 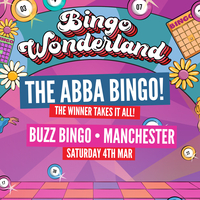